Welcome Message from the Vice Chancellor 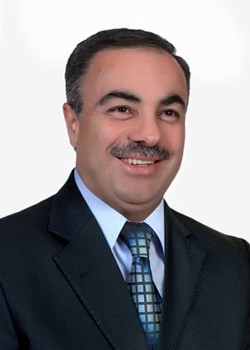 Unavoidable global changes have happened in the recent ten years leading to essential amendments in the educational technologies, some of them belong to the educational environment itself and the others are external.

Some of the external events were continuous, while the others were emergent, for example:

While the events considered from the interior of the educational system environment are several, the most important are:

In the light of incredible overwhelming of some Higher Education Ministries being official bodies, international bodies that award forms of accreditation enjoying international existence and recognition in the official sides and work market have arisen. On the other hand, some countries adhere to the old concepts reflecting negatively on the relation between the graduate and university.

The graduate in the marketing concept is the client, but satisfying him leads to the inconsistence of the educational process quality. Consequently, the client’s targets are to be realized to enable him to get a respectable job in the work market whether in the public or private sectors. On the technical considerations’ level, the university is entitled to supply the best syllabi and methods that go along with the surrounding developments as well as with the issues of innovation and creativity that assist it in implementing a precedent which permits it to lead the market movement as possible.

Regarding the governmental level, human resources in particular, suffer from the slow movement of development whether to comprehend the syllabi or follow the continually renewed, scientific and educational policies. That hinders the issues of accreditation and equilibrium in case of strong dominance of universities, so this reflects negatively on the graduates in general.
However, work market lies between the hammer of adopting the latest developments concerning its search of the best qualifications and most modern graduates and the anvil of the necessity of attesting the graduate certificates of state resources represented by Foreign Ministries which apply the instructions of the Higher Education Ministry. That takes us back to an unfinished matter summarized in the moral of the story: “Which comes first the egg or the hen?

The professional companies producing the concepts and technology dodge themselves from this dilemma as no one argues about the certificates of Microsoft, Oracle, CPA, CIA, CFA and others, but the universities are stuck in this dilemma.

Pebble Hills University has passed several developments which change its concepts according to its strategy so there were some faults – this is a feature of those who work – despite the fact that there are satisfying outcomes. PHU has its distinctive fingerprint with its spread towards globalization with concepts exceeding most troubles. It has combined the features of both open, virtual and boot camp by setting up successful partnerships with respectable educational organizations in Asia and Africa that have difficulty with communicating with the centers of research and development in the developed countries. Thus, PHU has participated in building developmental bridges that are social contributions considered for its sake.

The scientific institutions represented by the universities are the main source of the updating researches and studies. As a result they should be the leader of creative ideas and innovations because their role is reading the future, expecting the development of demands and supplying the new and renewed products to meet the changeable needs. This requires accommodation with the changes quickly to be the pioneer.

As a conclusion, an active system is to be established to accumulate the feedback data and allow the market components to interact instructively even though this may lead to the destruction of some facts and being rebuilt. This makes us confront a scrutinizing critical outlook that understands the matters and refuses its justification according to a fixed standardization and ready-made vision.

These are the features of contemporary education. Our university builds its vision on this basis.